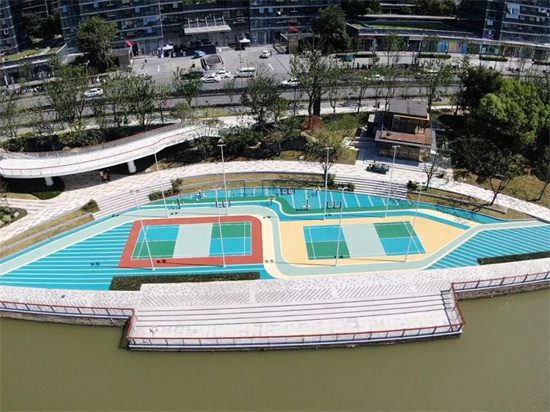 In Cangqian Sub-district of Yuhang District, Xianlin Port Colourful Sports Park at the confluence of rivers was officially put into operation in July, immediately attracting citizens to come to exercise.

Xianlin Port Colourful Sports Park used to be a terraced space and an ordinary square, and it was open, lacking use functions, with low utilization rate. In February this year, the reconstruction was officially carried out, which took 140 days to complete. The park has two badminton courts, eight tables for table tennis, one waterside fitness footpath, one landscape trestle, and one service station.

In the evening, 16 lights illuminate the colourful plastic badminton courts with wide field of vision. Citizens come to play badminton and table tennis after supper. 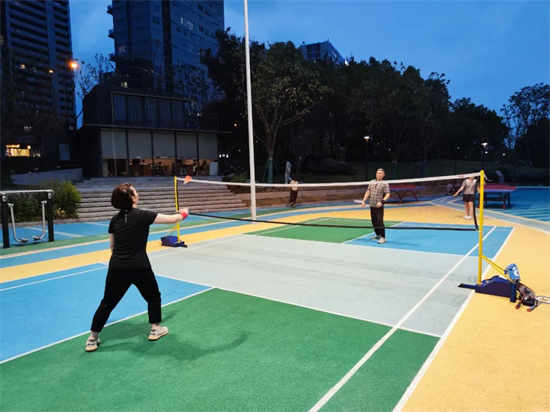 The basketball court opposite the park is very popular, forming a fitness circle that benefits the people.