Spectators were amazed at the 100 lights moving up and down in rhythm and the promotional videos of rhythmic gymnastics displayed on the funnel-shaped screens during the warm-up session prior to the start of the competition. The screen showed the dynamic effect of the figures when each team entered the venue, which was unprecedented in national gymnastics competitions.

“Huanglong Sports Centre Gymnasium is classy with enough space for the athletes to fully exert themselves”, said Cai Tongtong, the coach of Zhejiang Team and the silver medalist of the rhythmic gymnastics team all-around event in Beijing Olympics Games. Zhejiang team ranked the first on the first day of the competition and will go all out to contend for the champion. 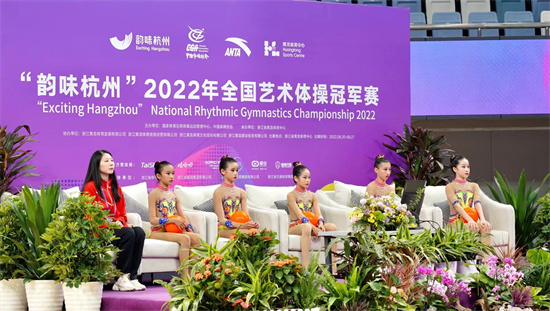 More than 1,200 spectators cheered for the competitors on the site. Some parents took their children to the Asian Games Venue to enrich their experience and inspire their interest for the sports so as to get them involved in the national fitness. 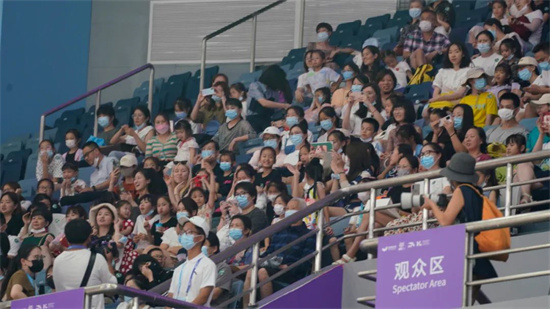 Huanglong Sports Centre will stage five events of Hangzhou Asian Games, namely football, gymnastics, rhythmic gymnastics, trampoline gymnastics and water polo, as well as the track and field events of Hangzhou Asian Para Games. This year, it will also stage the National Gymnastics Championships (September 4-10) and National Trampoline Gymnastics Competition (September 18-19). Many famous athletes and Olympic medalists will show up at the events.