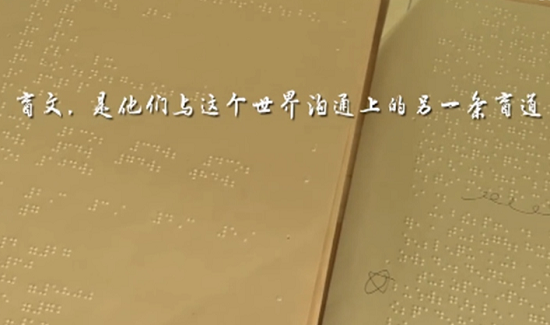 Braille is a writing system for visually impaired people to communicate with other people. However, Braille is difficult for ordinary people to recognize through eyes. When the teachers at schools for the blind try to check students’ work, they always need to spend lots of time reading. In this case, Braille is inefficient, tiring for eyes, and may, in return, undermine their study effects.

After learning about the difficulty of teachers at the school for the blind, a programmer team from Alibaba Company in Hangzhou, East China’s Zhejiang Province, came up with the idea of developing a translator system to turn Braille into Chinese characters quickly. “With this translator, we can easily see what the students wrote and know what they have done well and what they haven’t so that we can help the students study effectively,” said Zhang Xinhua, a Chinese teacher in a school for the visually impaired in Zhejiang. Over a year, the programmer team has overcome lots of technical difficulties and kept improving the system’s recognition accuracy. They hoped that more people who could not read Braille would also be able to communicate with the visually impaired people, understand their lives, and give the vulnerable group more warmth and care.

Since 2010, Alibaba has begun to provide many special products for their visually impaired clients, such as launching the braille medicine box and developing the technique of online shopping by listening to the merchandise’s description. And various methods are still under research to make their lives more convenient.