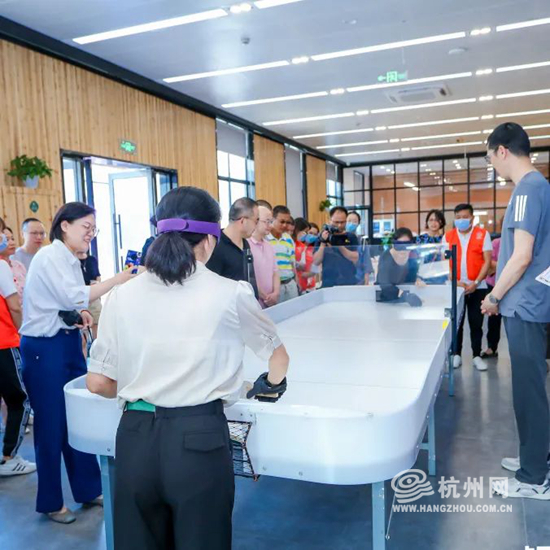 People try their hands at showdown during a promotional event for the sport among visually-impaired people in Hangzhou, capital of East China’s Zhejiang province, on Aug 23. [Photo/Hangzhou Daily]

A showdown competition for people with disabilities was held in Yuhang district, Hangzhou, capital of East China’s Zhejiang province, on Aug 23, marking the start of the promotional campaign for the sport among visually-impaired people.

Showdown is a fast-paced game that is mainly played by the blind and visually impaired. It is similar to air hockey and table tennis.

The game is played on a rectangular table that has a goal pocket at each end. In the middle of the table is a screen that allows the ball to pass underneath but not above it.

The players, who are wearing blind folds, are standing at each end of the table, trying to score in the opponent’s goal while protecting their own goal.