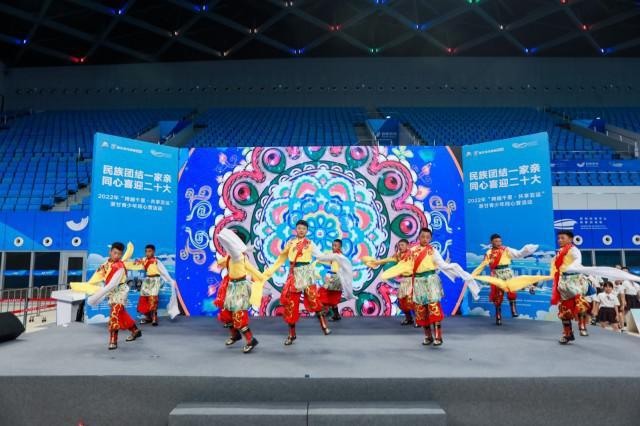 Students from Garze Tibetan autonomous prefecture stage an ethnic singing and dancing performance at the launch ceremony on Aug 9. [Photo/hangzhou.com.cn]

Over the next half month, nearly 200 children from the Garze Tibetan autonomous prefecture in Sichuan province will kick off a study trip revolving around the Asian Games in Hangzhou.

At the launch ceremony, students from Garze staged an ethnic singing and dancing show, express their excitement about visiting Hangzhou. Students from Hangzhou also sent gifts to welcome their friends from afar.

A student from Garze said that before the launch ceremony, they visited the gymnasium and natatorium of the Hangzhou Olympic Sports Center, which he was extremely impressed by and fully met his expectations.

The study trip, revolving around the mascots of the Asian Games, will combine modern technology with history and culture to thread together local cultural landmarks such as the Archaeological Ruins of Liangzhu City, West Lake, Gongchen Bridge on the Beijing-Hangzhou Grand Canal, the Hangzhou branch of the National Archives of Publications and Culture, and China’s first robot town, Xiaoshan Robot Town. 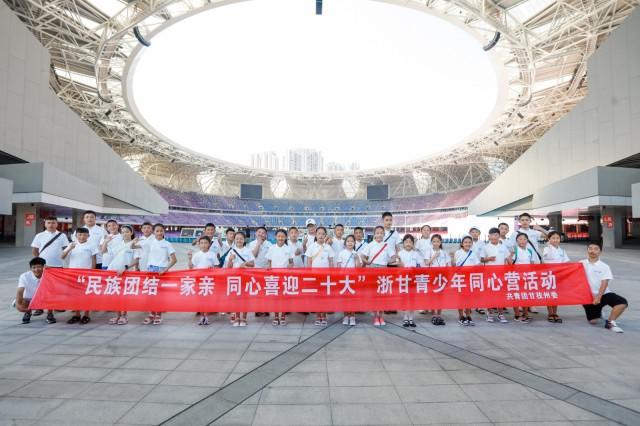