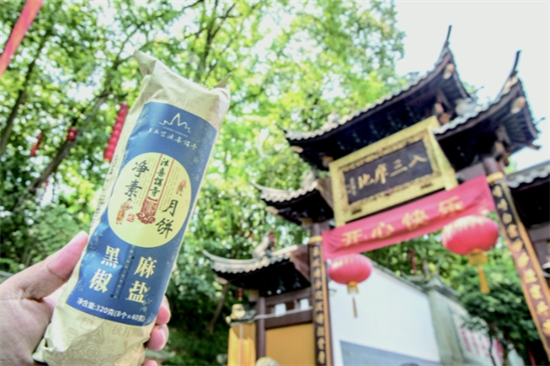 A pack of vegetarian mooncake is pictured at the Faxi Temple in Hangzhou, capital of East China’s Zhejiang province. [Photo/Hangzhou Daily]

Vegetarian mooncakes have started gaining popularity among locals in Hangzhou as the Mid-Autumn Festival, which falls on Sept 10 this year, approaches.

The origins of vegetarian mooncakes can be traced back 1,000 years ago.

In the early Northern Song Dynasty (960 – 1127), Yongming Yanshou, who was the most famous monk in Hangzhou, persuaded Qian Hongchu, the king of the State of Wuyue (907-978), to become a vassal of the Northern Song.

But Qian responded by saying that “Wuyue was as affluent as flowing oil, while the Northern Song was as poor as running water”, and that oil and water should never be mixed. 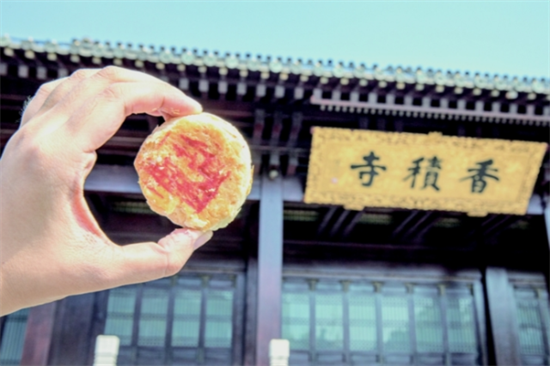 A vegetarian mooncake is pictured at the Xiangji Temple in Hangzhou, capital of East China’s Zhejiang province. [Photo/Hangzhou Daily]

In response, the monk presented a cake comprising water, flour, oil and vegetarian stuffings as a gift to the king.

Today, vegetarian mooncakes at the Faxi Temple, Xiangji Temple, Lingyin Temple and Yongfu Temple are must-buy for locals and tourists.