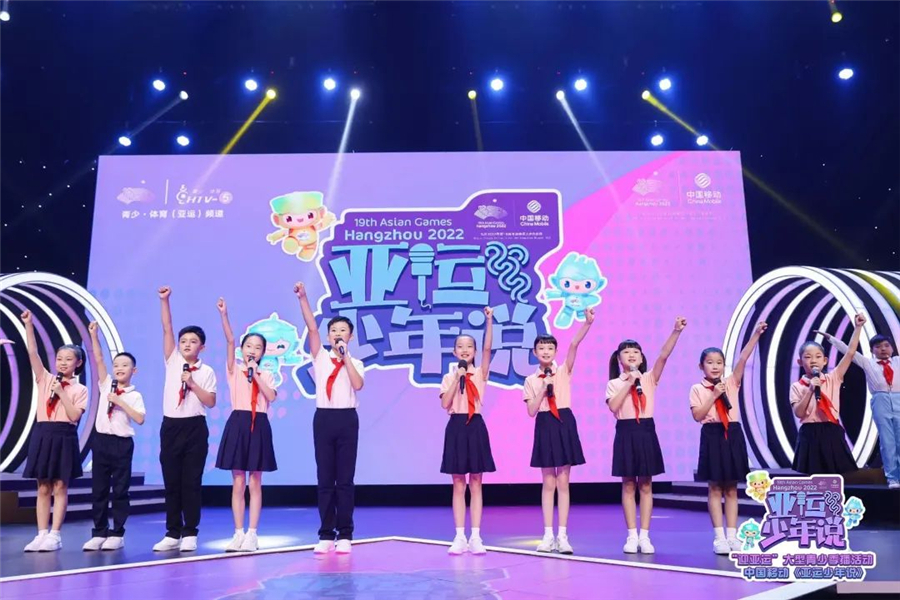 Asian Games Youth Talk is the first nationwide large-scale youth season activity of Hangzhou TV Station with the theme of “Greeting the Asian Games”, and 96 young contestants from 131 primary and middle schools in the districts and counties (cities) of Hangzhou walked on the stage of Asian Games Youth Talk. They used the authentic, personalized and sincere performance to show the elegant demeanor of young people of Hangzhou in the new era.

Since its launch last year, the event has enabled the young participants of Hangzhou to know how to express themselves and better interpret their hard struggle when learning the knowledge of the Asian Games! Just like Hangzhou Asian Games, it would get ready to start again to become even better and more wonderful.

After the competition, 20 contestants of the primary school group and middle school group of Asian Games Youth Talk will proactively participate in various campus activities related to the Asian Games, launch the campus lecture, and give full play to their own strength, so as to promote and contribute to Hangzhou Asian Games.