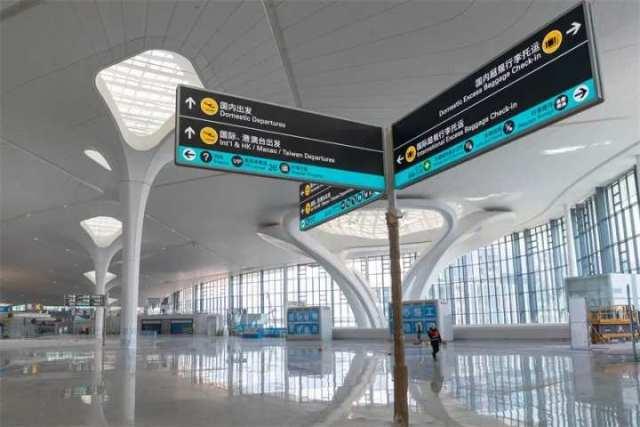 Interior of the newly-completed Terminal 4 of the Hangzhou International Airport in East China’s Zhejiang province. [Photo/xsnet.cn]

If running smoothly, the airport will officially open in mid-September. It will become the largest airport in Zhejiang province and the second largest in East China.

The maintenance team of the airport has arranged 350 staff members on Sept 1 for a thorough clean-up of the airport and a fire drill, which by ejecting artificial smoke, will test whether sensors in the building can detect the smoke in a timely manner and turn on the purging system automatically, and ground evacuation signs, escape stairs, radio broadcasts, and sound and light alarms can remind passengers to evacuate as soon as possible. 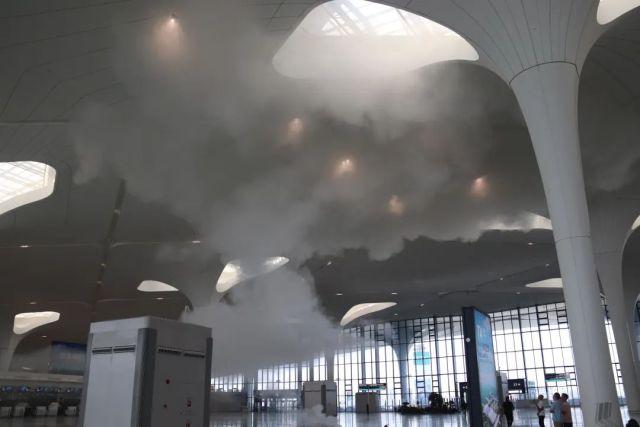 A smoke evacuation test is carried out at the airport, which will start trial operations for domestic flights on Sept 8 and international flights on Sept 10. [Photo/xsnet.cn]