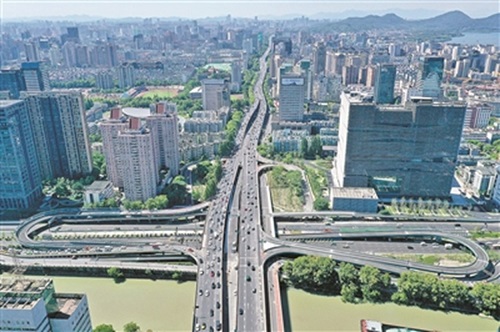 Starting from 10:00 am on August 10, five interchange ramps of Zhonghe Flyover situated at the center of Hangzhou opened for trial run as the expansion and renovation project of the flyover came to a close. The old flyover will continue to function as the transportation interchange hub of downtown Hangzhou.