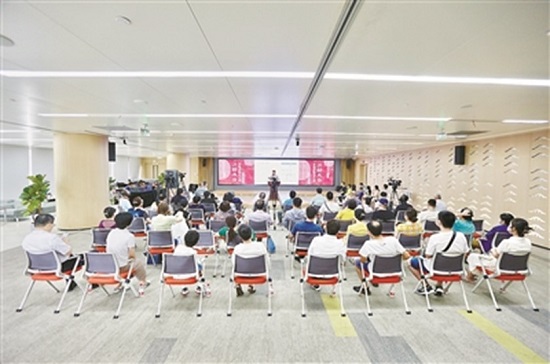 As a capital of the Southern Song Dynasty about 800 years ago, Hangzhou had witnessed the splendid culture of the Song Dynasty. Today, Hangzhou proposes to build a world-class famous city with unique charm and particular features so as to highlight Song culture.

Hangzhou has successively given two series of high-level lectures, namely, “Amazing Song – Deshou Palace” and “Music Instruments, Vessels, Calligraphy and Paintings”, to explore the cultural relics of the Song Dynasty by focusing on objects. Still, this year’s “Amazing Song Culture” series lectures focused on “people”. Experts interpreted the historical figures of the Southern Song Dynasty from the perspective of the public.

By analyzing Hangzhou-related writers and relics of the Southern Song Dynasty, the lectures relived the elegant life of Song people, and made citizens get closer to and then spread the Amazing Song Culture. Besides, the window of “Amazing Song Culture” enables the world to take a glimpse of the infinite charm of Hangzhou as a famous historical and cultural city and is the most melodious echoing of the past and future of Hangzhou.